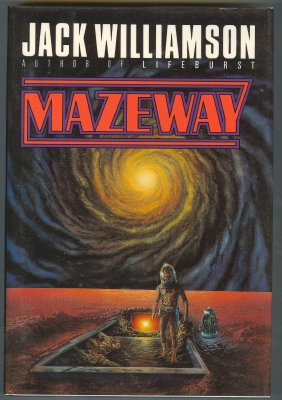 ''in the 1980s he began to produce work of an astonishing youthfulness. Lifeburst (1984) is an exercise in interstellar Realpolitik, grim and engrossing in its depiction of the parcelling out of Earth, sophisticated in its presentation of sexual material; its sequel, MAZEWAY (1990), has the air of a juvenile in its vivid presentation of the eponymous galactic test that the young protagonists must pass to render humanity eligible for higher things. In 1976 he was given the second Grand Master Nebula award (his sole predecessor was Robert A. Heinlein). He has been an sf writer of substance for over 60 years. In his work and in his life he has encompassed the field'' (John Clute/Encyclopedia of SF).