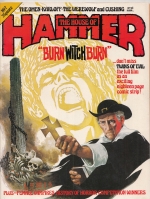 Issue 7 (January-February, 1977). 30 issues of this UK horror comic were published in total, 23 between 1976 - 1978, with editor Skinn then resurrecting the magazine for seven further issues in the early 1980s. This issue includes an 18-page comic strip adaptation of the Hammer film TWINS OF EVIL.
View More... 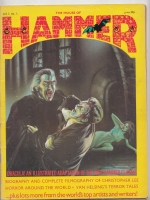 Vol 2 no 1 (June 1976 issue), whole no 15, and the first of three to be edited by Dez Skinn. 16-pages, of which eight were ''content'' (articles) , the other eight unfolding to make a giant hoprror poster (in this particular two giant vampire posters). 17 issues in total published 1974-1976, edited by Roger Cook (and later his wife Jan Cook), before Dez Skinn took over for the last three issues (then moving on to edit HOUSE OF HORRORS).

''revolutionary stuff at the time, with its coverage of the obscure, gory movies that other magazines ignored, Monster Mag was a seminal publication ...
View More... 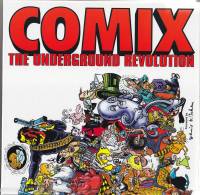 Condition: Fine copy in pictorial boards, as issued without dustjacket (as new). But for previous owner's neat name and date on the copyright page.

Warrior vol 1 no 4 (inscribed by the editor + Alan Moore).

No 4 (1982 Summer Special). 26 issues published between March 1982 and January 1985. Rivalling 2000 AD, Warrior won 17 Eagle Awards during its short run (including nine Eagles in 1983 alone. This issue includes V FOR VENDETTA by Alan Moore. THIS COPY INSCRIBED BY EDITOR DEZ SKINN ON THE FRONT COVER, AND ADDITIONALLY SIGNED BY ALAN MOORE AT THE BEGINNING OF HIS STRIP.
View More...