Condition: Fine copy in a fine dustjacket but for faint spotting to page edges. 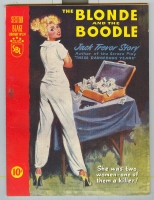 The Blonde And The Boodle (Sexton Blake Library #394).

Condition: Fine (unread) copy but for a little rusting to rear staple. 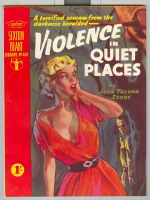 Condition: Fine copy in an a near fine dustjacket with light edge wear.

''UK writer (1917-1991) who remains best known for his first novel, The Trouble with Harry (1949), not sf, which was filmed by Alfred Hitchcock in 1955. His work included non-sf - but remarkable - tales for the Sexton Blake Library and several novels which used sf components to make their points about the decline of England and the loss of youth, including Hitler Needs You (1970), One Last Mad Embrace (1970), Little Dog's Day (1971), which is a genuine sf dystopia, the surrealistic The Wind in the Snottygobble Tree (1971), Morag's Flying Fortress (197...
View More...