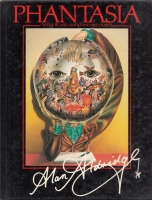 Phantasia Of Dockland, Rockland And Dodos.

Condition: Near fine copy with some wear to top corners and rubbing to rear (black) board.

Condition: Neat inked ticks on contents page, else a near fine (NF) copy.

Condition: Sellotape at top and bottom of spine, a VG copy.

Condition: Pages browned, tape at bottom of spine, brown paper reinforcement on edge of inside front cover, a G/VG copy.

SF novel, first published in hardcover by Ward Lock in 1955. Digitreprinted the novel in 1961 and itself is uncommon, but this 1956 Ward Lock paperback is rare - not to be found in Harbottle & Holland: British SF Paperbacks And Magaziines 1949-1956.''(1909-1988) UK author in whose sf adventure, CONDITION FOR SPACE (1955), a sleeper, having been encased in a block of ice for a century, awakens - after scientists transform him into a kind of cyborg - in the front line of Earth defence in a space war'' (John Clute/Encyclopedia of SF, 3rd Edition).
View More...

The Martian Way And Other Science Fiction Stories.

Condition: Fine copy in a fine dustjacket with printed label affixed to front free endpaper stating "This book has been donated by Oxford University Press to mark the re-opening of Canada House 13 May 1998".

Consists of four lectures delivered by the author in 1991 at Oxford University. John Clute notes in the Encyclopedia of SF, 3rd Edition that it ''includes a long discussion of underestimated Canadian sf writer Wayland Drew''.''Margaret Atwood's witty and informative book focuses on the imaginative mystique of the wilderness of the Canadian North. She discusses the 'Grey Owl Syndrome' of white writers going native; the folklore arising from the mysterious-- and disastrous -- Franklin expedition of the nineteenth century; the myth of the dreaded snow monster, the Wendigo; the relations ...
View More... 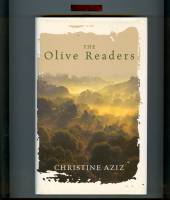 The first novel from the winner of the Richard & Judy competition to find a ''bright new author''. Dystopian sf novel.
View More...

Condition: Fine copy in a fine dustjacket (as new) but for just a touch of spotting to the front free endpaper.

The seventh book in the Company series, a direct sequel to The Life of the World to Come (2004).''Mendoza was banished long ago, to a prison lost in time where rebellious immortals are ''dealt with.'' Now her past lovers: Alec, Nicholas, and Bell-Fairfax, are determined to rescue her, but first they must learn how to live together, because all three happen to be sharing Alec's body. What they find when they discover Mendoza is even worse than what they could imagined, and enough for them to decide to finally fight back against the Company.''
View More... 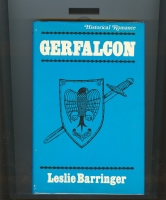 Condition: Fine copy in a near fine dustjacket.

Classic fantasy novel first published by William Heinemann in 1927: first in a trilogy, followed by JORIS OF THE ROCK (1928) and SHY LEOPARDESS (1948).(1895-1968) UK editor and writer whose Neustria Cycle GERFALCON (1927), Joris of the Rock (1928) and Shy Leopardess (1948) - depicts events in a Land of Fable, an imaginary French province in an alternate world. The basic premise, vaguely presented, is that the Merovingian Dynasty does not split apart c AD 750; instead, Neustria survives, and at the time of the three tales (c AD 1400) is still thriving. Each tale follows a young man or ...
View More...

Out Of This World.

Fontana 681. SF novel, first published in hardcover in the UK in 1960. ''First issued in Fontana Books 1963'' on the copyright page. Published later in 1960 in the US in hardcover as ECHO X and (again in the US) in 1962 in paperback as TWINKLE, TWINKLE, LITTLE STAR.''Canadian-born US scriptwriter who was blacklisted for his earlier membership in the Communist Party, though he managed to write about twenty-five produced scripts under his own and other names; he and his wife Norma Barzman, also creatively active in Hollywood, had moved to Europe by 1949. His sf novel, OUT OF THIS WORL...
View More...

The first book in the Ben Bova's Grand Tour of the Universe series.
View More...

The Coming Of The Terrans.

Something Wicked This Way Comes.

Space On My Hands.